The Ethereum network’s transition to proof-of-stake (PoS), or its new “consensus mechanism,” for verifying cryptocurrency transactions, is symbolized by The Merge. Proof-of-work (PoW), the more power-hungry process invented by Bitcoin, will be replaced by the new system.

This article is a basic Q&A on The Merge. For more information on what the Merge will mean specifically to stakefish stakers, the preparation work we’ve done, and our new fee structure go here.

Why is it called The Merge?

The Beacon Chain, a PoS network for Ethereum, was introduced in 2020; however, transactions are not yet processed through it. For the time being. It basically serves as a staging place for machines running the Ethereum network to get ready for the PoS update.

The Beacon Chain (called the Consensus layer) and the Ethereum current mainnet (called the execution layer) must be merged in order for Ethereum to fully switch to PoS.

How does proof-of-stake (PoS) differ from proof-of-work (PoW)?

Proof-of-stake and proof-of-work differ in how they decide who has the right to record the next “block” of transactions on the network. In the current proof-of-work (PoW) Ethereum system, like Bitcoin, miners race to publish blocks by cracking cryptographic riddles.

The validators that stake or lock up at least 32 ether with the network are chosen at random to validate blocks in the forthcoming PoS system.

The block-winning miner or validator in both systems is rewarded with a combination of transaction fees and freshly created ether (ETH). Additionally, PoS validators are rewarded for undertaking additional network security measures.

As a User and Holder, What do I need to get ready?

To keep your funds safe as we enter The Merge, there is nothing you need to do.

You do not need to do anything with your funds or digital wallet prior to The Merge if you are a user or holder of ETH or any other digital asset on Ethereum, including non-node-operating stakers.

After switching to proof-of-stake, Ethereum’s complete history going back to its creation is still preserved and unchanged. After The Merge, you will still be able to access any money that was in your wallet prior to The Merge. You don’t need to do anything to upgrade.

Will Ethereum Fees Drop After the Merge?

The Merge is not anticipated to affect Ethereum transaction fees. Ethereum’s high network fees may be addressed by upcoming network updates like danksharding and proto-danksharding, although these updates are not anticipated until at least 2023.

Rollups, or third-party networks like Arbitrum and Optimism that bundle transactions and process them separately from Ethereum’s mainnet, continue to be the primary remedy for Ethereum’s transaction fee problems.

In the current proof-of-work (PoW) architecture, Ethereum blocks are generated on average every 13 or 14 seconds. Proof-of-stake (PoS) blocks will be generated after the merge at regular 12-second intervals. Most users won’t notice this improvement, and Ethereum is still lagging behind competing blockchain networks like Solana and Avalanche (though well ahead of Bitcoin, where a new block is mined every 10 minutes on average).

Will the Price of Eth go up?

What will happen to the token price of Ethereum as a result of the Merge is impossible to forecast because there are so many unknowns and factors.

The Merge has long been promoted by the Ethereum community as a significant improvement to the network’s fundamental foundation. Along with addressing issues with the network’s environmental impact, PoS will also provide staking as a new utility for ether (ETH), the native coin of Ethereum.

What Happens to Eth2?

As The Merge draws near, the word “Eth2” has become obsolete. There won’t be two separate Ethereum networks anymore; there will only be Ethereum after ‘Eth1’ and ‘Eth2’ have been combined into a single chain.

The community has changed this terminology to avoid ambiguity:

The “execution layer,” currently called “Eth1,” is in charge of transactions and execution.

These terminological changes solely affect naming standards; they have no impact on Ethereum’s objectives or development timeline.

When does the Merge take place?

On the Ethereum PoW network, each block carries a difficulty number that indicates how tough it is for miners to add it to the network. The Merge is planned to self execute after the “total terminal difficulty,” or total difficulty of all mined Ethereum blocks, reaches a set quantity, rather than on a certain date (TTD).

Staked ether won’t be released from the network’s lockup until roughly six to twelve months after the Merge. Then, those who have staked ether will be able to withdraw it along with any rewards it has generated during the staking period.

Stakefish will announce further details on how withdrawals will be handled as we get nearer to the unbonding date.

Will Eth users or holders need to do anything post-merge?

You won’t need to claim new “PoS ETH” or “ETH2” tokens if you currently have ether (ETH). After the Merge, your balance will stay exactly the same, and you can continue utilizing the network as usual.

Users of Ethereum won’t need to do anything following the Merge, but Ethereum software vendors and node operators (the people running the machines that run the Ethereum network) will need to upgrade their software to make sure they are interacting with the most recent version of the network. 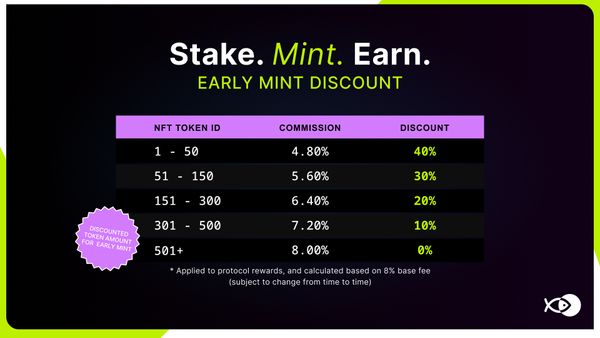